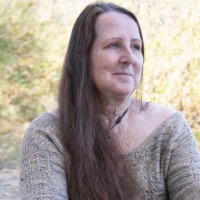 Whether it’s called intentioning, manifesting, or casting a spell, we focus the energies of our desire to accomplish a specific goal. But do you know what actually achieving that desire will look like? Do you know if your spell worked? Are you so focused on it manifesting in a specific way that you fail to see other opportunities to the same goal, thereby sabotaging your own efforts?

A Parable and a Caution (Be Careful What You Wish For)…
A few years ago I was stuck in a dead end job where I was constantly told I wasn’t good enough. I answered help wanted ads and sent out resumes for years, to no avail. I finally decided to do some spell work to change my situation.

First I did work to change my mindset. That actually worked and for a while, although I still wasn’t happy at work, I wasn’t miserable either. I was in that state of I can’t fix or change it so I just have to learn to live with it (while still trying to find a better job).

When things at work got unbearable again I did a “job spell”. I asked for a better job. I asked for a job where I would be happier, more appreciated, and more fairly compensated. I didn’t ask for a specific job or a specific kind of job because I am qualified to do many things in addition to what I was currently doing and was willing to do something else if it would get me “something better”.

It took a while for me to realize that this spell worked also. There were some personnel changes in my office that redirected the interpersonal dynamics. So, for a while I WAS happier and although I was not appreciated in my office, there were others outside my office (and higher up the food chain) who were asking me to do more work for them and THEY were appreciative of my efforts on their behalf.  The spell worked, but not in the way I was expecting.

I did two more job related spells after I got demoted a year later. I was told I wasn’t qualified to do what I was doing after 8 years of doing it and I had to take the demotion or quit (I’m pretty sure they were hoping I’d quit). The job that I was to fill became vacant because someone else got a promotion. I did a binding spell so that my boss couldn’t hurt me any more.  It brought an uneasy truce.

Then I did a more specific job spell. I said I want a better job. I wanted a job AWAY from the company I was currently working for. I wanted a job where I was actually a member of the team and not just lip service that I was. I wanted to escape the entry-level job I had been saddle with. I wanted a raise.

Lo and behold, several months after doing that spell I was offered a transfer. I was sent to another department where a job was created for me that did not exist before. It was an office where my skills were needed because the department was being underserved by other departments who did not see their needs as a priority. This other department is about half a mile away from the office in which I was working.

See where I’m going with this? My spells were working. I don’t know why the universe has conspired to keep me within the same company, but I’m willing to go along with it for the time being. This is obviously the path I have to take to get where I’m going. This time I recognized right away that this was the result of my most recent job spell. I had to laugh at the irony.  I have almost everything I asked for (it is AWAY from where I was before) and going to work is much more enjoyable.

You never know HOW your spells will manifest. Can’t find an out of print book you REALLY want? Maybe you need to pay attention to that friend who keeps asking you to go with them to the swap meet. Want to travel somewhere but can’t afford it? Maybe that contest you saw to win a trip to somewhere is the way to get there. Love your job but having trouble with your boss? Try manifesting the perfect job FOR YOUR BOSS – an offer he/she can’t refuse – so that (hopefully) his/her replacement will be someone better suited to you (I tried that one too – maybe HIS perfect job is one where I’m not his employee anymore).

If you open your perception to the myriad ways your spells can manifest you may find that you actually ARE getting what you asked for.

As president of Pagan Pride LA, Inc. from 2008 through 2014, Gina was deeply immersed in the pagan community, helping to bring people together by facilita... Read more