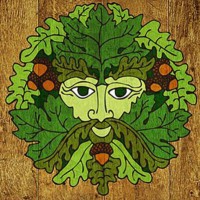 Private Readings with Orion Foxwood at The Green Man 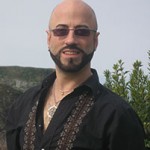 Orion Foxwood is available for private phone readings via The Green Man,

Orion Foxwood came into this world a bit different.  Born with “the veil”, an Appalachian term for second sight, into the rural Shenandoah River Valley of Western Virginia, his world was rife with folklore, ghost stories, superstition and magical customs hailing from Africa, Western Europe, and the native tribes of the Americas.  And it was in this rich montage that Orion began to gather to him the many colors of Magick, blasting open the portals of perception and revelation for this already gifted Seer!  Orion may throw the bones or his own specially designed and hand-crafted “Faery Keys” for insights into the world beyond, but his primary source of sacred knowledge and wisdom hails from the intimate connection he shares with his most beloved inner contact – a spirit being named Brigh, a Faery Queen who just so happens to be his spirit wife!

Orion is a Conjurer in Southern Root Doctoring Practices, A Traditional Witch, An Alexandrian Wiccan High Priest, An Elder and Mantle Carrier for an Old Religionist Craft Line, and a Faery Seer.  He is a founding elder of the Foxwood Temple of the Old Religion and co-founder of the House of Brigh.  For more than twenty years, Orion has lectured extensively on magical practice and spiritual development throughout the United States and abroad.  He is the author of The Faery Teachings and The Tree of Enchantment, and the subject of three DVD sets entitled “Intro to Faery Seership”, “Orion and the Goddess”, and “Intro to Southern Conjure.”  Orion also holds a masters degree in Human Services.

Don’t miss out on your chance to walk the hedge with this gifted medium!

North of the 101/134 Fwys
East of the 170, off at Burbank
Just north of the Red Line/Orange Line North Hollywood stations