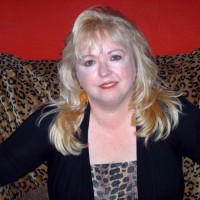 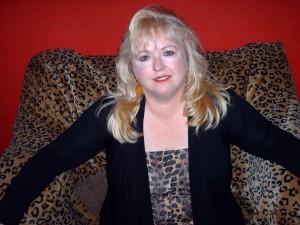 For over two decades, Karen’s work has been fueled by her intense interest and passion for travel, comparative religions, ancient cultures, and the resurging interest in the rise of the Feminine Consciousness.

An independent scholar, speaker, radio show host, published author, and sacred tour organizer, Karen’s body of work blends her experiences of women-centered multiculturalism evident in archaeology, anthropology and mythology with her unique academic and literary talents and travel experience throughout the world. Her first book, Sacred Places of Goddess: 108 Destinations has garnered prestigious endorsements, while her second book, Walking an Ancient Path, Rebirthing Goddess on Planet Earth, was a finalist in the National Best Books of 2008 Awards. Tate’s work has been highlighted in the Los Angeles Times, Seattle Times and other major newspapers.  She is interviewed regularly in print, on television and on national public radio and hosts her own radio show, Voices of the Sacred Feminine, considered a treasure trove of insight and wisdom for our time. Her work has segued into writing, producing and consulting on projects which can bring the ideals and awareness of the Sacred Feminine into the mainstream world through television and film.

Karen spends much of her time giving interviews, teaching, and lecturing at private and public educational and spiritual institutions, temples and churches such as Joseph Campbell Roundtables, The Gaia Festival, Loyola Marymont College and the American Academy of Religion/WESCOR.  She is a speaker with the Center for Partnership Studies, founded by Riane Eisler, on the Board of Gaia Fest and an associate with the Joseph Campbell Foundation. She has received acclaim for reviving the Cakes for the Queen of Heaven curriculum taught at the Goddess Temple of Orange County and will soon start teaching the Rise UP and Call Her Name course.

With this deep well of experience and rich tapestry of scholarship fueling her passions, Karen has segued to the next level in her career as a writer/producer/creative consultant on projects introducing ideals and awareness of the Sacred Feminine to the mainstream world. Recognizing the importance of the vital and vibrant vehicle that is television and film, Karen uses this new canvas to responsibly influence contemporary thought geared toward life-affirming mythology that encourages discussion and raises awareness, the goal of mythologists of the new millennium.

Our Real Wealth and Bounty, a blog post by Karen Tate