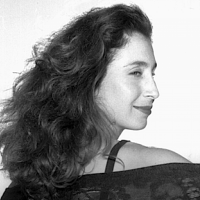 Laurie Lovekraft is a ritualist, magical

practitioner, performer, and writer. Over the past 30 years she has studied Reclaiming Tradition, Tibetan Buddhism, Wicca, Thelema, Feri Tradition, and herbalism.

Laurie is a contributor to the Huffington Post’s Religion section and is a guest lecturer at the University of Southern California’s Department of Religious Studies. Her writings have appeared in Green Egg, Widdershins, and PanGaia Magazine. Laurie was interviewed for the book Modern Pagans: an Investigation of Contemporary Ritual by John Sulak and V. Vale (RE/Search Publications) and contributed to Pat Califia and Drew Campbell’s book Bitch Goddess: The Spiritual Path of the Dominant Woman (Greenery Press).

Laurie holds a Masters in Cultural Anthropology with a focus on Environmental Ethics. She is long-time activist and forest defender passionate about environmental and social justice causes.