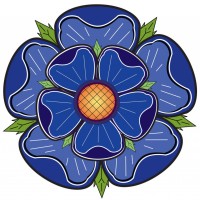 The family of Ced works the old arte of witchery and magic in the service of our people, spirits, and Gods.  We are bound and committed to each other as a spiritual family, recognizing familiar traits, legacy memories, and future goals and interests that reside within the magical unified identity of our Clan Mother Ced. We are more akin to the concept of a Tribe of Spiritual Travelers, who work their ways as an Arte.  We share a common sense of cosmology, and commune with spirits by the gifts of Sight and such. We treasure our diversity and build upon natural conducive commonalities, rather than any requirement of adherence to a specific faith or liturgy.  Together we work a vibrant and living Witch Stream of Spirit, in which we are a vital present element.  The Egregore persona of that Stream may be identified as our Mother Ced, who brings in her embrace the Ancestral Spirits of our extended family from across the veil. Through decades of Gnostic mediation from this Stream, we presently hold a vast living Legacy of material and insights that constitute what may be called the Ced Tradition.  Basic practices, knowledge, insights, and approaches that are familiar and natural to those who find us as family, guided to our doors by the old ones, are both the fruit of our legacy and the earmark of our identity.  We know a Ced Witch by the Sight of ‘em!

Surrounding our stream is an ever-growing tribe of people, who find a natural connection to our ways and approaches as they have been made available to the public. This approach to Traditional Witchcraft has been coined Heretical Witchcraft, so as to not confuse the style and approach to the old ways, as held by Ced Family Members, with those who work the craft in a similar manner but who are not officially part of the Family proper. We view those of a kindred leaning, as kith.

The Ced Family works upon a basic premise of Virtue found within the nature of all its family members, though we are also of a Clan hierarchal structure lead by a central body of Elders. Within this central body, there are also three key figures: the Devil, who is the WitchFather and Magister of the Family and Coven, he who dances in the Light; the Man in Black, who like Cerberus dwells in the shadows on the perimeter; and the Dame, who is the Mistress of Fate, WitchMother and Mistress of the Family and Coven.

At this time, the Magister and WitchFather of Ced is Griffin Ced.  The original Mistress and Dame of Ced, Rita Morgan Ced, passed through the veil in September 2019.  Wolf ap Ced is now the Dame of Ced.  And the Man in Black is the Hound in the Shadows, who prefers to keep his identity hidden at this time.  The former Man in Black was Roy Moorman Ced, our Brother who crossed over into service on the other side in 2010.

The History of Ced goes back over two decades in the USA, with a coven based in Salt Lake City.  EarthHaven Coven is presently the oldest surviving coven in Utah, to the best of our knowledge. Griffin Ced was initiated in 1975 back in Essex, UK where he received the Ced Legacy through appropriate transmission from Elders of the Stream.

After more than 40 years of working the stream, the Ced line today holds a great many talented Crafters and Spirit Workers who are bringing their many gifts to the larger Witchcraft Community in multiple states in the US. Griffin is in the process of producing many publicly available classes and materials, as are also others from within the Ced Family. Earlier in 2015, Griffin Ced made available a new Tarot deck based upon the Compass and Cosmology of Ced, intersecting with the Legacy insights of Traditional Tarot. This meeting of two streams was an exciting exchange of spirit perspectives and insights that has reawakened a vibrant living spirit Egregore of Ced within the Tarot deck itself. The coloured version of this deck was published in 2016 and is available on our website and in The Green Man.

The goal of the family is to promote exchange and support within our beautifully diverse pagan community of Witches. We are actively engaged in supporting the future evolution of our people and the many tribes that make up our Community!

The quality of life we share as a family and the manner in which we may further enrich the journey into the esoteric realms for each other is the key to our purpose. We of Ced live to further the realms of reality on both sides of the hedge, and then to pass the Legacy we have been entrusted with onwards to our future family members. Our future resides in the river of ancestors behind and before us, and in the power of Love, with which we navigate the treasure we collectively hold.

The family of Ced works the old arte of witchery and magic in the service of our people, spirits, and Gods.  We are bound and committed to each other as a... Read more