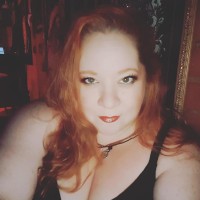 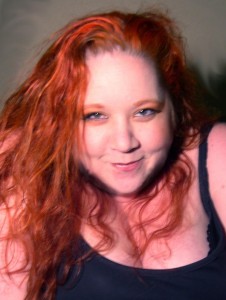 Elysia, The Naughty Faery Herself

“I’m blunt… I sometimes will surprise you… I sometimes will piss you off… The mirror works both ways, I give as good as I get. I am not all light & sweetness. I am not all darkness & doom. I could beat you, or torture you with a tease. I can read your eyes & will sometimes freak you out by reading your mind. I am a teacher & a student of both spirituality & life. I am the vixen, tyrant, seductress, creampuff, & giggling madness all rolled into one. I am a contradiction even to myself. But overall, I am me. Take me as I am or leave me be.”

Born on a new Scorpio moon during the middle of a Scorpio Sun, Elysia’s transition into this realm linked together more than imagined. Walking with the seemingly unknown has gone hand and hand with her as far back as most can remember. Seeing spirits, guides, animals and other beings, her “friends” were found to be more than just “imaginary”, later realized to be messengers through veils the greater part of humanity has lost touch with. Confounding adults with her child-like smile and soul-knowing eyes made her a contradiction even her parents, to this day, have a hard time understanding. She was raised to understand spiritually as a personal expression and constant learning experience and so far life has never lacked for examples of the many ways that “power through faith” can often times outwardly corrupt humanity.

A non-conformist, an artist, to say nothing of her modest psychic abilities, and psychological observations, has enabled her to punch through to the “heart of the matter”. Though not as tactful and admittedly often more frustrating than some would like, once her riddle-like logic is deciphered, her view on many aspects of life have helped more than one person throughout her journey. Uncharacteristically modest regarding her abilities and knowledge; going so far as to be more than a little mystified when asked to lecture or teach about her views on various subjects. Elysia is one who has often times been called by her instructors a “powerhouse of energy and potential” who learned early on how to harness that energy with a level of simplicity equating to the flipping of a light switch; though laughingly she would be the first to tell you that some days finding that switch can be tricky business.

A natural clairvoyant, clairaudient and clairsentient, she has an innate ability to shut down and remove negative attachments and guide others in ways to remove both personal and spiritual blocks. Through scent, energy vibration, and good old fashioned psychic cleansing, she channels ribbons of the elements around you to help weave a bridge to connect you to your own Higher, Greater, Self.

Whether you know her for her Faery teachings, have smelled her own personal blend of incenses, worn her crowns, know her as a reader and energy worker, or just meet her on the street you can’t help but feel the crackle of energy around her in various forms.

Currently Elysia is in the process of writing her own book on how the Faeries celebrate the Wheel of the Year, and working on an Oracle Deck with whispers of encouragement & connection from the Faeries themselves.

Light Time or the Seelie Faeries of the Solstice a blog by Elysia, The Naughty Faery herself.

New Moon Energy & the Dark Faeries, a blog by Elysia, The Naughty Faery herself.

All psychic readings are for entertainment purposes only

Elysia lives a magical life, in a magical cottage, on a large, magical estate, where she creates and puts her own magical stamp on things. No seriously, s... Read more