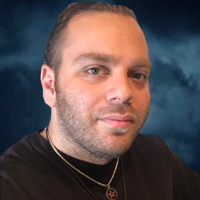 Ask a Witch: How do I become a better witch? a blog by Hovik 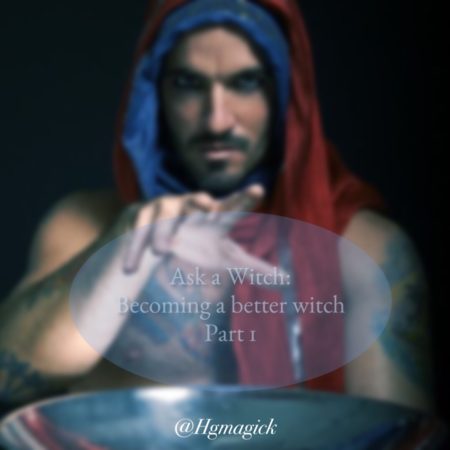 The simple answer is the more you work it the better you will become. Sometimes people reach a place of humble where they no longer see themselves as all mighty, but rather as someone who is constantly growing and evolving. I see this as the first step in becoming a better witch. One must go through a process of letting the old self go; no longer clinging to the past. As a teacher and mentor once said, “The past is the past, if we spent our whole lives looking back at what we could have done, we will never move forward.” Claim your past and understand that the path is not something that is repaved, but rather you forge a new one moving forward. Along with this is ownership of the past whether it was seen as a good thing or a bad one. If you look back at yourself from five years ago, you would surely say, “Oh my god, I was so silly to think what I did, I would never have done that today!” Yet, yourself five years ago would have felt the same about themselves five years before that. Basically if we look at this, we can hopefully understand that we are constantly growing and evolving. The truth of yesterday may be false now, but that doesn’t mean it wasn’t true at one point. This to me is a core value in becoming in a better witch; sorry to burst your bubble, but it’s not a mystical grimoire.

To be a better witch is to take ownership of yourself and your actions. Monotheistic religion is for those who wish to surrender that to a higher power; witches don’t subscribe to that idea. Growing up, I personally didn’t have a connection to religion because it wasn’t part of our house. My parents did have belief in a god, but it wasn’t pushed upon me or my sister. When I reached an age where I started to question my universe, I felt major lacking from monotheistic religion; I felt like I somehow was cheating the life experience by placing my faith in a higher power to make my life better. I quickly gave that up and started to search inward. It was there I found the answer I was looking for; own your shit and realize you are the architect of your reality. Now obviously this sort of thing doesn’t happen overnight, it takes time. There’s no time table because everyone is different and what may take one person a year may take another three. It doesn’t mean that one is more adept than the other; everyone’s path is their own and that’s what it is.The reason why this is so important is because ownership of self is ultimate power. Each of us are connected to the blood in our veins that stir us into motion. When we own it, then we can climb the ancestral bone ladder that was laid before us to help us evolve. I believe strongly that the legacy of our blood is the most powerful well of magic. To think that hundreds of thousands of people in our blood have moved forward a little bit at a time all leading to yourself presently in this body means there is a mass of ancestral power backing you and wishing to help you move forward. When we speak of the witches of the past this is who I see; not the malicious forces that the church tries to preach. The witches of my blood are those who dared to defy the gods and lay forth their own pathway that one day would be accessed by the generation of children who hear the call of magic in their blood. To further that, I speak not only to the cunning folk in my blood, but to also those who were seen as non-magical. I have family who escaped genocide and famine to one day start a better future for their children onward. I consider them witches too; because they chose to make change and not be servant to the past. I remember the first time this was presented to me, I broke down in tears. I was so moved and the memory of the past started to pour in and I felt my blood and bones stir to the truth that rang true in those words. This is why I continue the work that I do to help others discover their power and connection to magic.

The next step in becoming a better witch I will discuss in part two so stay tuned….