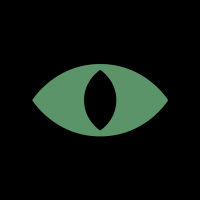 +Flip through the photo gallery. The captions tell a story.

Memories are not carved in stone. Physically, memories are held in living, breathing cells. Consider a memory, not as access to a static moment in time, but as access to our perspective on that moment. Our perspective evolves over time. To “remember,” then, if we are evolving, is to see the same moment through different eyes.

As a Spiritworker, linear evolution doesn’t interest me much. I’m not passing through the days of my life like a bead traveling along a thread. I am devouring the days of my life; I am a dragon hoarding my days as treasure. I want to be the sum of my days and no less.

When we embrace our many eyes, our perspective becomes flexible like a dancer. Our perspective becomes an Artform in itself. What is Art, can be Craft. (Craft, etymologically from Old Norse meaning strength and virtue, later taking the meaning of power or skill. In the case of the Witch’s Craft all four are applicable: strength, virtue, power, and skill.)

And don’t we want to Craft? Afterall, an evolved perspective is not worth terribly much on its own. Its value emerges when it is used to create. A god isn’t a god for being powerful. God is God because she did something with that power.

Besides collecting eyes, I wish to share with you another method for cultivating the freedom of perspective needed for Craft: Instead of treating your memory as a library, treat Memory as a Librarian. Work with Memory as you would any other spirit. Converse with Memory.

Enter a memory and play. Run the tape fast and slow. Rearrange the scenes. Rename the actors. Write new lines. Add music. Scramble your eggs a bit. Take old pictures and tell a wholly new story. Play with a memory that you consider important. Play with a memory that, at the time, was absolutely trivial. One picture should offer at least a thousand words, yes?

[There’s a photo gallery attached to this post with a series of sunsets.]

Here’s the story for these photos:

+I stand on a cold beach with my camera. There are crowds of people all gawking at the sky. I’m a bit winded from running; we left the house a little late and were worried about missing the sunset. I try to switch camera lenses without getting sand in the works. My deep thoughts: That sunset. Wow. Fuck.

Today I re-entered the door and found a new story:

+I will never forget the image of her in turquoise silk.
+“My blue; it’s because of you,” said Sky. “I don’t think that’s true,” said the Sea, blushing.
+It’s getting dark but stay. Twilight is longer in the water.
+He flashed a smile through tears.

Both of these stories happened, but in that moment, I was only conscious of the first. I returned to this moment with Memory as Muse and encountered a new version, a new vision of these events. I encountered a love story.

It is not overwriting fact with fiction, or reality with illusion and fantasy. Adding a new perspective, a new insight, a new vision does not erase or devalue the perspective we had at the time. There is no rule that states a single experience must have a single perspective and meaning.

It is not donning rose-colored glasses to avoid the ache of a cold memory. It is valuing Memory as a gift, instead of treating it like something we must escape or shed if we wish to be happy. We don’t need to erase memories or fix them. We don’t need to avoid memory by staying constantly, vigilantly “present” and “positive.”

I believe, we hunger not for a life without suffering, but for a life with meaning. We long to have purpose. I believe part of that purpose is the creation of meaning. Craft and Spiritwork aren’t just finding meaning on dark trails few dare to seek, it is also creating meaning in broad daylight where none previously existed. Is it just a pretty sunset, or might it also be an expression of the great love shared by Sky and Sea? Depends on which eyes you use to look upon it. Thus, if you wish to be a creator of meaning in this world, I have two simple recommendations: Collect Eyes. Converse with Memory.

My great joy is helping folks discover their innate tools of trance, vision, and voice, so that they can bu... Read more